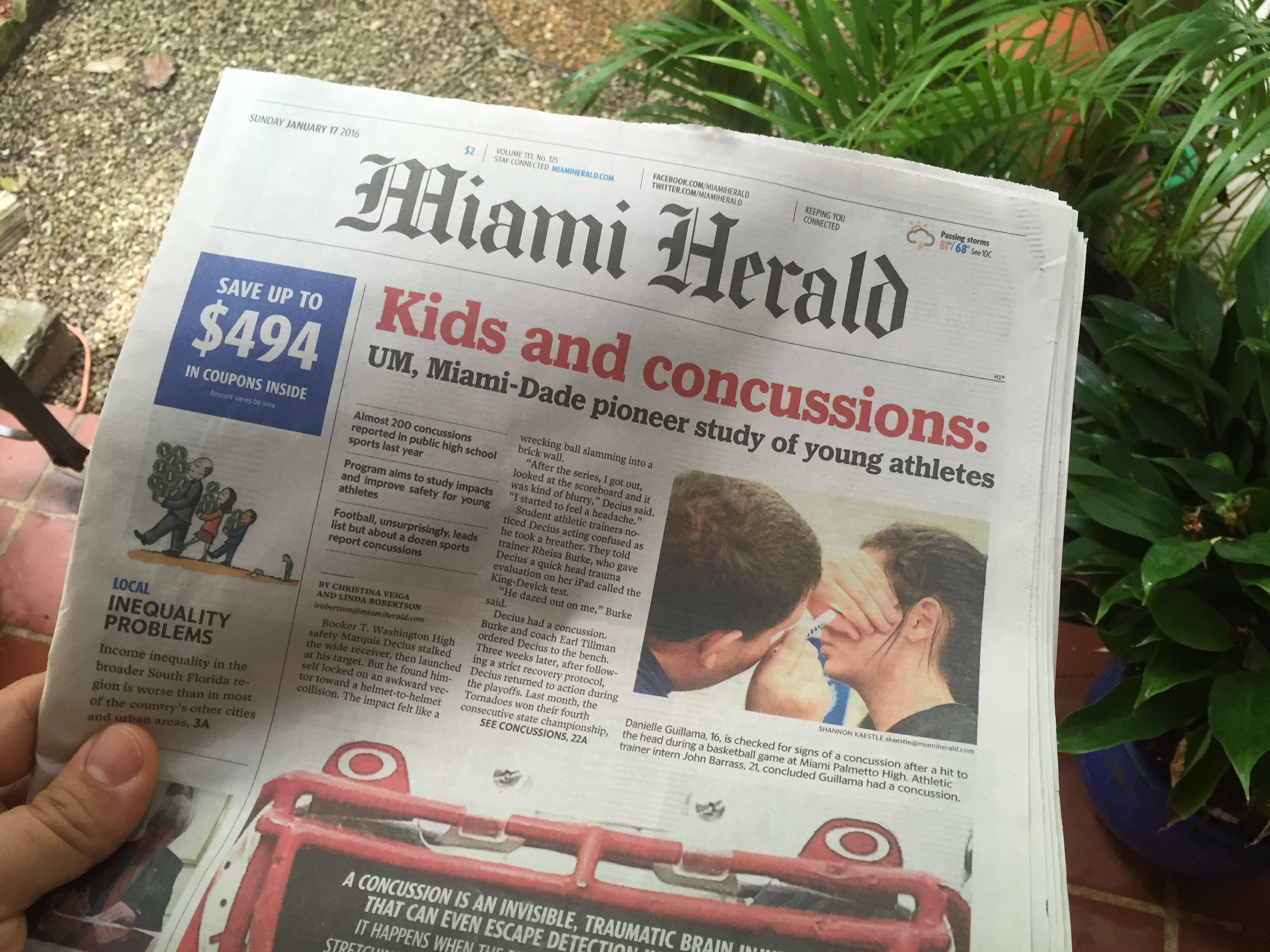 (1/17/16) Today’s Sunday Herald features a two-page spread on the issue, research, and prevention of youth concussions from the University of Miami concussion clinic team and UConcussion.

“UM and the country’s fourth-largest public school system work together to catalog and treat concussions in every public high school and for every sport — an undertaking that is one of a kind in the nation, according to its founder. Since the initiative began about four years ago, the incidents and outcomes of almost 600 concussions have been recorded…”